Hit enter to search or ESC to close
Uncategorized

The Power of the Patient/Practitioner Relationship

By Bernadette Reed September 6, 2019 No Comments 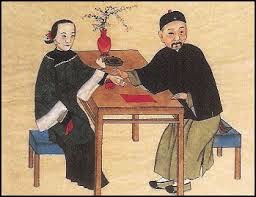 As I sit contemplating life as a practising Acupuncturist in the field of Self-exploration that is Five-Element Acupuncture, I find myself considering how, in our distress and efforts to see past our exhaustion, the story which apparently keeps us alive is also the story which keeps us tied to the wheel.

The Last Place You Thought to Look: is an extract from ‘The Diamond In Your Pocket – Discovering Your True Radiance’, a compilation of edited excerpts gleaned from conversations with the Advaita Teacher, Gangaji. Here, Gangaji tells the story passed on by Her Teacher, Sri H. W. L. Poonja, Papaji, of the thief who would hang around in the Diamond District to steal from diamond merchants, picking their pockets. He was a very skilled thief, and dedicated, so much so that when he knew of one diamond merchant who had purchased an exquisite gem, the most beautiful, pristine and purest of diamonds, he followed him for three days, eventually boarding a train with him.

At the end of the journey, still not successful in his quest to steal the stone, he approached the merchant openly and said: “Though I used all the skills of my art… I was not able to find the gem. … How did you hide it from me?

The merchant replied: “I saw you watching me and suspected you were a pickpocket, so I hid the diamond where I thought you would be least likely to look for it – in your own pocket!” And he reached over retrieving the diamond from the hiding place.

Gangaji, via this allegory, is pointing to the treasure, which is at the core of Ourbeing, and how any step to go somewhere to find it, actually moves away from Truth. Following our thread, we might say, dis-ease arises because part of us has split off to search for the diamond which is perceived as separate from us. This then becomes the autonomous story that we, in some way a creation of lack, lesser value, broken, unloved and in need of redemption, have to do something to re-attain the idealisedperfection that will sew up into Wholeness the painful rent now felt in the fabric of our existence. And so we continue through a trail of fixes or addictions to ease that reality.

In this blog post as a Five-Element acupuncturist, I will be looking at how this comes into view in the relationship between the person seeking treatment (the patient) and the practitioner. How through the closeness and trust in the exploration in that relationship, space to see what is so closely held or locked in unconscious shadow status, can be invited into the embrace of illumination.

In the tight relationship to the core of the deepest fracture in the personality lies the initial and foundational separation which disturbs the Peace of Being. This disturbance shows up as an energetic constitutional weakness attributed to one

of the five elements, and given the name Causative Factor. It also might be called the break at the level of inner intimacy or the dropping or betrayal (not in a judged way, but that of a painful loss of consciousness) of the Self as the ground out of which every other form before us arises as reflection.

The next consideration is how the relationship between the client and the practitioner opens up the possibility of deepening Self awareness to investigate that story in ways that offer a greater sense of wholeness and wellbeing as a treatment outcome. Within a therapeutic relationship this arises as a consequence of being seen.

To be able to offer an attentive and empty space free from projections or expectations, which is stabilised in the Heart, the practitioner has to have made the excavation into their own story, the particular flavour of confusion that obfuscates the Clarity at the Root of their Being. To think we’re essential to another’s well being is not of our essence. To be discerning of the Presence of another, and committed to supporting the expression of that, however, is another thing entirely.

When a person comes to a practitioner for treatment they want to be liberated frompain, physically, mentally or emotionally, so as to be free to feel Life fully expressing through their whole Being. Then there are the conditions – which are conditions in more than one sense of the word.

Central to the practice of Five-Element acupuncture is Sensory Based Diagnosis. The practitioner does not draw mental conclusions which would be to replace the patient’s story with their improved version as practitioner – which because of what they have learned professionally means the practitioner knows their patients better than they know themselves. This misunderstanding places a practitioner at an elevation to a dangerous and fragile point of arrogance; only interested to claim good results and not the bad ones, deemed failures within their expertise. The practitioner who diagnoses via the senses offers to their patients a way of perceiving which is beyond theorising.

The inner space of the Heart has to be authentically present in the practitioner’s field of Awareness so that the client can find the opportunity to feel their Self reflected there ie not pushed aside or projected onto. This is the depth of connection offered by a system of healing that recognises the journey of the Spirit into Form in order to, as Form, know of its original Home.

Having practised as an acupuncturist for 35 years, my early education was in the Five-Element tradition. Then, for a number of years I followed the protocols of another approach to acupuncture known as the 8 Principles of TCM (Traditional Chinese Medicine). I had felt well grounded in this treatment approach and it was to my surprise that a client found me within the last five years specifically asking if I would treat her in the Five Element Tradition, with absolute clarity this was her choice.  I was willing to do so, and found myself drawn back in to a deeper exploration of this revisited methodology.

After this, a series of synchronicities, among them a very compelling article written by Gerad about the Fire Element, which brought into currency and contemporary language the insightful work of a Five-Element acupuncturist, brought me to the Kite Clinic. His then generously allowing me to attend clinical supervision with his freshly apprenticed practitioners meant the Five-Element approach started to embrace me and open its doors to a level of healing possibility and integrity prior to which I had not been conscious.

Because of this shift in myself and the way Five-Element acupuncture is all about how health is a consequence of the human attributes being in alignment with the Self, and seeks to elicit, using a model of Natural cycles, the way that alignment has become distorted, I began to notice how the people who from this point began to come to me for treatment were somehow already seeking that approach. They were already there asking questions about how the way they felt was central to the assessment they were making about their physical health, their feeling about being alive, and their dreams and aspirations.

As I’ve already mentioned, I find that when I see a person already asking deep questions in their life and they’ve come to me for help, their journey of discovery being able to unfold is really only resonant with their being seen. This seeing doesn’t depend on the practitioner being clever, but on being open, and to say again, one who is seeking to be stabilised in the Heart. Being present to this space to receive a patient, which was becoming a pivotal shift in my practice was somehow inviting a sharing at a level in clients I had not noticed previously as so forthcoming. I particularly recall sitting with a woman in a senior position whose professional life plays out on an international stage who when I asked her: “How are you feeling in yourself?” said, with unbridled tears: “I suppose that’s the question that cracks every body, and I have to say I’m struggling.”  I was so moved by her willingness which, when I reflected, was a pointing to how people, when met in the Heart, are willing to crack open to themselves.

I also feel to say that the reopening of the Five Element chapter in my life as an acupuncturist by attending the Kite Clinic has brought me to a practitioner place of deep appreciation that the real and best outcomes in treatment arise out of inviting the honesty that being in the state of empty receivership, and being led by the diagnosis of the Senses, allows. And let us acknowledge that also embedded within this system are acupuncture points with attributes stemming from an understanding that recognises  states where humans find themselves: in the Palace of Weariness; the Deepest Abyss; holding themselves together when within themselves they resonate with the description of a Broken Bowl, flawed in their ability to receive or contain Life’s bounty. That these points bear such names suggests a profound holding.

To conclude: In the non judgemental closeness allowed in the sharing between patient and practitioner breakthroughs in understanding occur as the patient also hears and begins to know her/himself more deeply. The words: “I don’t think I’ve ever told anyone that before” from a place of genuine surprise often come. The practitioner, centred in the Heart, fully attentive and at the same time uninvested, holding Space.